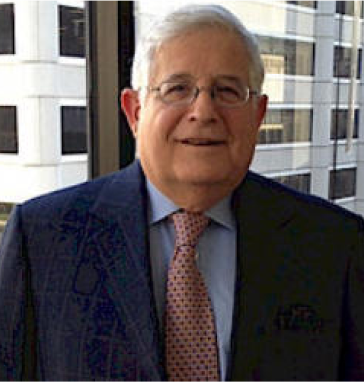 Hal Glassberg is the founder and retired managing partner of Glassberg, Pollak & Associates. In 1973, he moved from South Carolina to California, where he opened the doors to his own practice bearing his name, and practiced exclusively in the area of Commercial Law for more than 40 years.

Hal is a member of the State Bar of California, the International Association of Commercial Collectors and the Commercial Law League of America (CLLA), where he chaired a committee involved with the relationship between agencies, creditors and attorneys who receive commercial claims for collection. Considered a national expert in the area of Commercial Law, Hal has lectured extensively before creditor and trade groups.

Hal earned his undergraduate degree from the University of South Carolina in 1965, and his law degree in 1972. Between undergraduate school and law school, he served four years as a Captain in the U.S. Air Force.

This is a notification that can be used for cookie consent or other important news. It also got a modal window now! Click "learn more" to see it!

We may request cookies to be set on your device. We use cookies to let us know when you visit our websites, how you interact with us, to enrich your user experience, and to customize your relationship with our website.

Click on the different category headings to find out more. You can also change some of your preferences. Note that blocking some types of cookies may impact your experience on our websites and the services we are able to offer.

These cookies are strictly necessary to provide you with services available through our website and to use some of its features.

Because these cookies are strictly necessary to deliver the website, refuseing them will have impact how our site functions. You always can block or delete cookies by changing your browser settings and force blocking all cookies on this website. But this will always prompt you to accept/refuse cookies when revisiting our site.

We fully respect if you want to refuse cookies but to avoid asking you again and again kindly allow us to store a cookie for that. You are free to opt out any time or opt in for other cookies to get a better experience. If you refuse cookies we will remove all set cookies in our domain.

We provide you with a list of stored cookies on your computer in our domain so you can check what we stored. Due to security reasons we are not able to show or modify cookies from other domains. You can check these in your browser security settings.

We also use different external services like Google Webfonts, Google Maps, and external Video providers. Since these providers may collect personal data like your IP address we allow you to block them here. Please be aware that this might heavily reduce the functionality and appearance of our site. Changes will take effect once you reload the page.