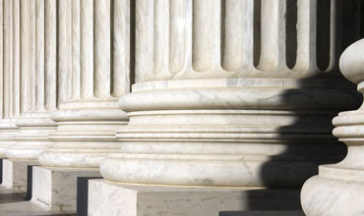 Although courts in most states have eliminated any meaningful distinction between these related doctrines, which treat a company and its owner as alter egos, a recent decision by the California Court of Appeal in Blizzard Energy, Inc. v. Schaefers confirms that reverse veil piercing does not apply in certain situations in California.

Blizzard Energy is the latest in a trilogy of cases in California involving reverse veil piercing.

Back in 2008, the California Court of Appeal held, in Postal Instant Press, Inc. v. Kaswa Corp., 162 Cal.App.4th 1510, that reverse veil piercing does not apply to corporations. As that court noted, such a remedy is unnecessary because a creditor could simply levy and liquidate the individual owner’s interest in a judicial sale of the owner’s corporate shares. The court hypothesized, however, that reverse veil piercing may apply to a single-member limited liability company.

In 2017, in Curci Investments, LLC v. Baldwin, 14 Cal.App.5th 214, the California Court of Appeal expanded that hypothetical and held that reverse veil piercing permitted the trial court to add a limited liability company to a judgment against an individual judgment debtor who owned 99% of that LLC (his wife owned the other 1%). As the court explained, the first element of an alter ego analysis is a “substantial identity of ownership and control” between the debtor and the entity. That element was satisfied by the judgment debtor’s ownership of 99% of the LLC.

Most recently, in Blizzard Energy, the California Court of Appeal reversed the trial court’s order that used reverse veil piercing to add a limited liability company to a fraud judgment against an individual judgment debtor who owned only 50% of the LLC. The judgment debtor’s wife owned the other 50%, and they both acquired their ownership interest after they had legally separated more than 15 years ago. As the Court of Appeal explained, the trial court improperly assumed that the wife’s 50% ownership interest in the LLC was community property of the marriage, which called into question whether there was a “substantial identity of ownership” between the judgment debtor and the LLC necessary to apply reverse veil piercing. Because it was possible that the wife was an innocent member of the LLC, the Court of Appeal remanded the case to the trial court for further proceedings to determine whether it would be inequitable to use reverse veil piercing to add the LLC as an additional judgment debtor given that the wife owns half of that LLC.

Blizzard Energy teaches us that reverse veil piercing remains a restricted remedy in California. It is limited to LLCs and applies only when the plaintiff can demonstrate that there is a substantial identity of ownership and control between an individual judgment debtor and the LLC in question. And that is only the first element of the alter ego test. The plaintiff also must show that conduct amounting to bad faith makes it inequitable for the corporate owner to hide behind the corporate form. Mere difficulty in enforcing a judgment or collecting a debt does not satisfy this standard.

This is a notification that can be used for cookie consent or other important news. It also got a modal window now! Click "learn more" to see it!

We may request cookies to be set on your device. We use cookies to let us know when you visit our websites, how you interact with us, to enrich your user experience, and to customize your relationship with our website.

Click on the different category headings to find out more. You can also change some of your preferences. Note that blocking some types of cookies may impact your experience on our websites and the services we are able to offer.

These cookies are strictly necessary to provide you with services available through our website and to use some of its features.

Because these cookies are strictly necessary to deliver the website, refuseing them will have impact how our site functions. You always can block or delete cookies by changing your browser settings and force blocking all cookies on this website. But this will always prompt you to accept/refuse cookies when revisiting our site.

We fully respect if you want to refuse cookies but to avoid asking you again and again kindly allow us to store a cookie for that. You are free to opt out any time or opt in for other cookies to get a better experience. If you refuse cookies we will remove all set cookies in our domain.

We provide you with a list of stored cookies on your computer in our domain so you can check what we stored. Due to security reasons we are not able to show or modify cookies from other domains. You can check these in your browser security settings.

We also use different external services like Google Webfonts, Google Maps, and external Video providers. Since these providers may collect personal data like your IP address we allow you to block them here. Please be aware that this might heavily reduce the functionality and appearance of our site. Changes will take effect once you reload the page.